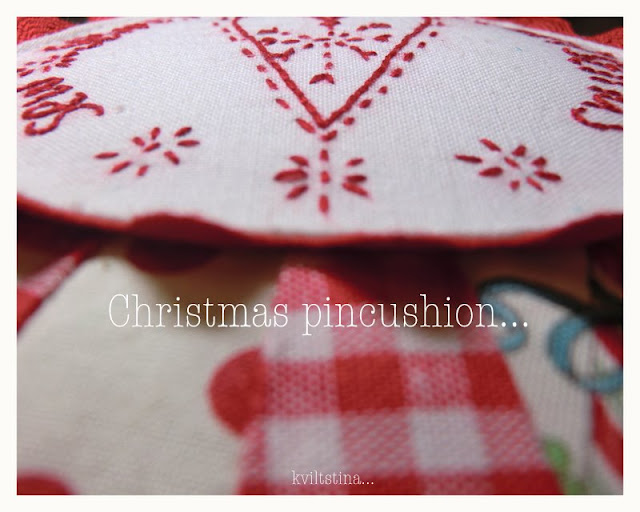 Now it´s time to prepare the stitchery for the applique
I did try first with just to needle turn the stitchery to the pincushion
So I show some pictures of that first if some one wants to do that. 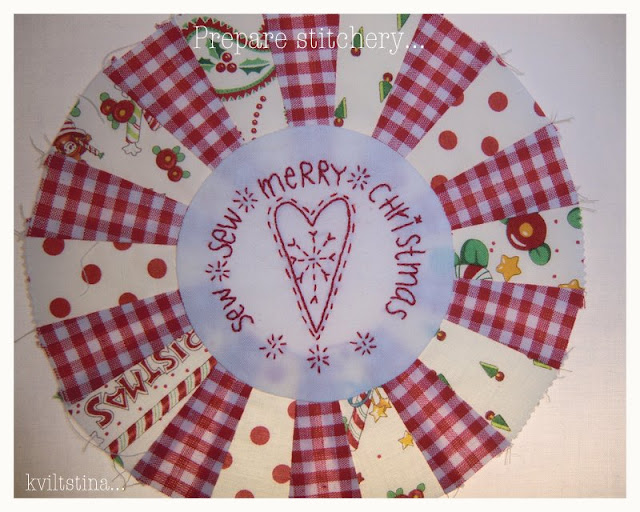 Then I used the needleturn method to
stitch it to the top of pincushion..
but when finished I wanted to add some ric rac ...
so I ripped it up...;O)))
HAH...can´t do anything right from the beginning..LOL...

Picture below shows the stitchery added with needle turn..
see....it needs something more..:O) 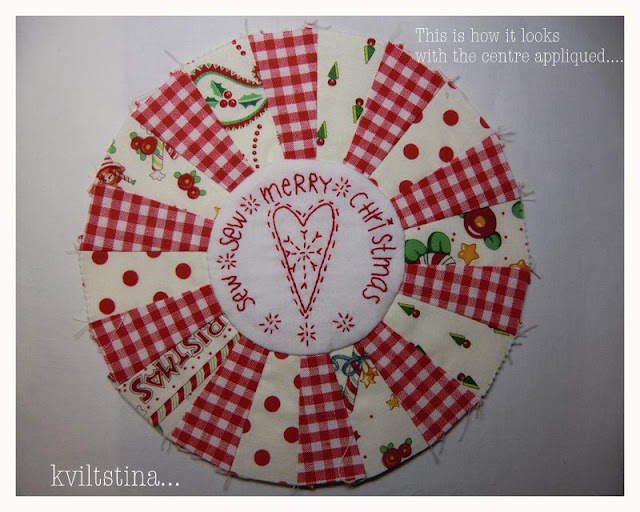 So ...of course I forgot to take some pictures
of the next step...
bummer...

Lazy method..;O)
Do like this:
Make templates
(You find them here)

*Use Template A (freezerpaper) to center the stitchery
and cut around the outer line of the freezerpaper.

*Peel the freezer paper away and thread a needle
and make a running stitch in outer edge
and lay the cardboard template in the middle
and pull the thread to gather the stitches around the template.
Did you get a nice and round stitchery???
Hope so..:O)

*Press it carefully to keep it´s form and take out the template... 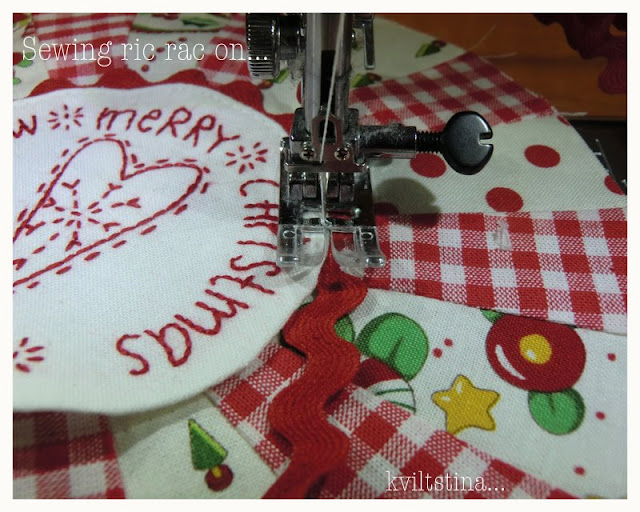 *Start adding the ric rac with leaving a little tail in the beginning
and just tuck the ric rac in while sewing around the stitchery
when coming to the end...overlap the two ends nice and end the seam. 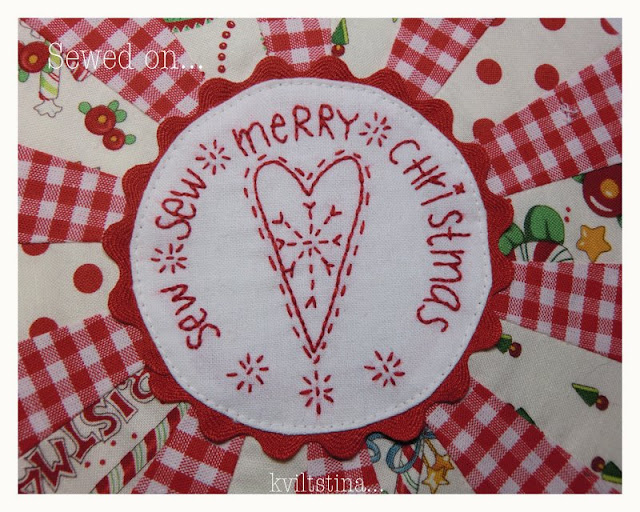 
*Use template C (freezer paper)...
center it on the top of pincushion
and cut around the outer edge of template... 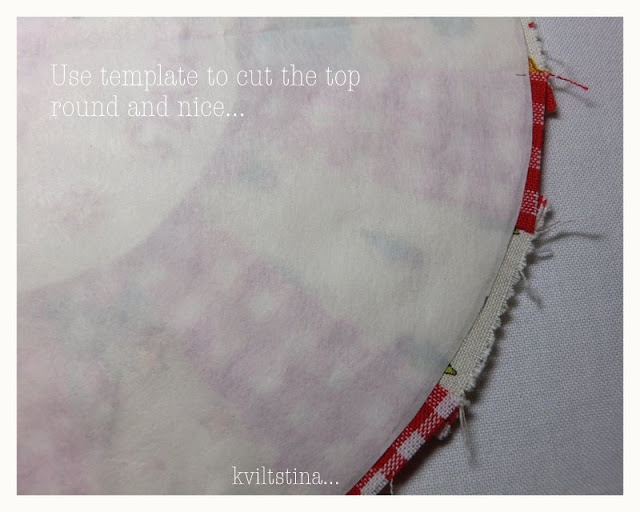 Hope you got all this..with my SWENGLISH!! :O)

Time to rest and some dinner for me...
See you all tomorrow with the last tutorial..:O))

If I dont reply to your email.. you are probably set as a noreply...
so please see that there is a way for me to contact you...